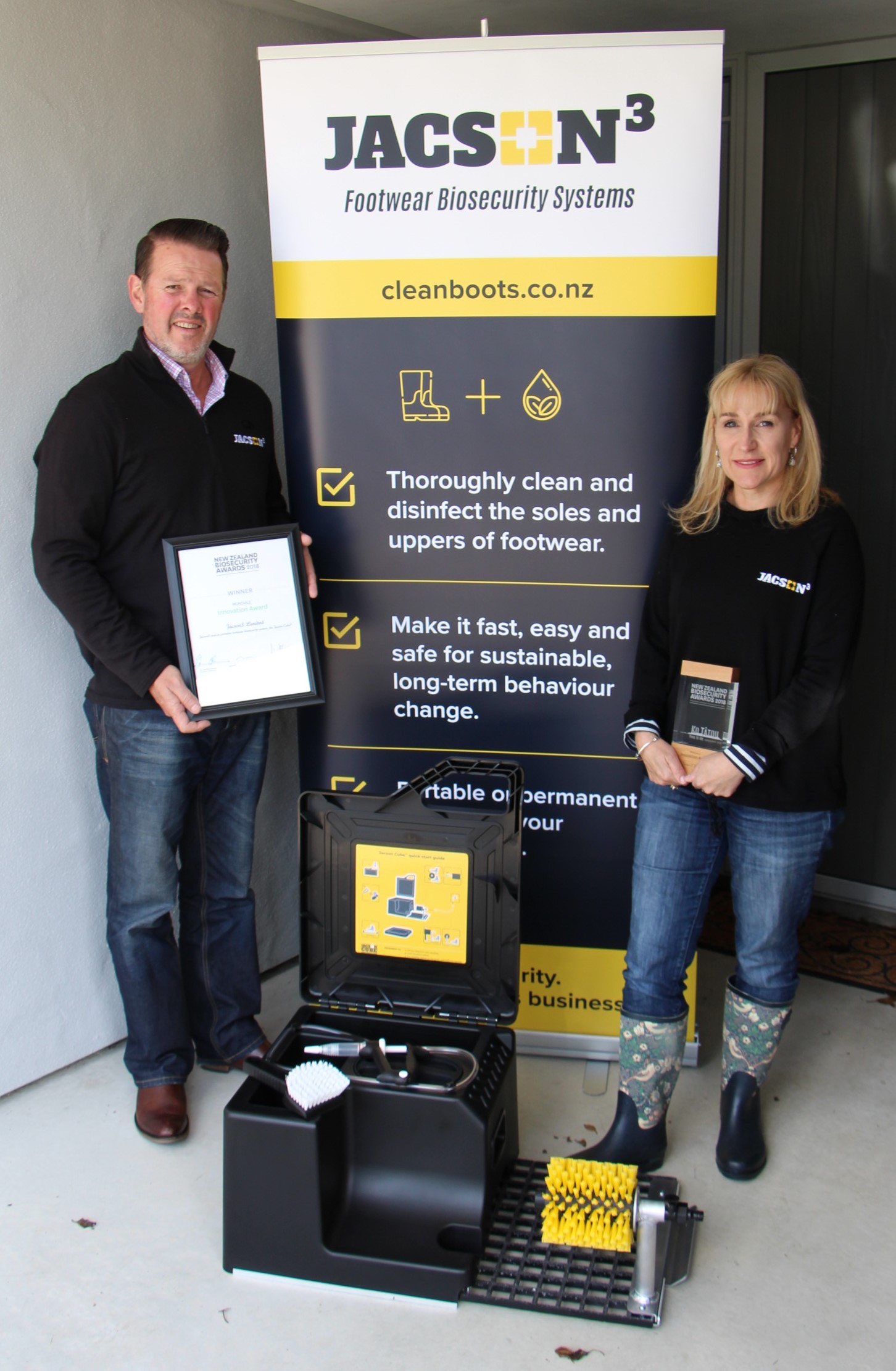 It’s been years in the making, but now the Jacson Cube® has won a national award and is receiving interest from around the world.

But its innovative inventors, Rusty Knutson and Jacqui Humm, say it couldn’t have been done without the help of PKF Hamilton.

Jacqui said they’d been with PKF for about four years.

“We went overseas for four months in 2014 and when we came back we were actively searching for a business to buy. We were in talks with the banks and someone recommended Steven Stark from PKF,” she said.

So, the pair took that advice and we moved all their accounting to them.

“When we established Jacson3 we had a meeting with Steve about how to set it up and to discuss the things we should consider to ensure its success. Every time we have questions, he always takes the time to think it through and respond.

“He’s able to give us an independent viewpoint and key things to consider. We’ve built a relationship with him based on good quality advice.

Jacqui said it was more than accounting.

“It’s actually business advisory and mentoring. I’ve done a couple of PKF’s free Xero workshops which have been really valuable because the whole finance side is very new to me.”

“The speed of their business progress – including substantial product development over the past 18 months – has been exciting to watch and we’re thrilled for the recognition they received at the 2018 New Zealand Biosecurity Awards,” he said.

But what is the Jacson Cube®? The Jacson Cube® is a standalone portable biosecurity system that includes everything you need to safely, easily and effectively clean and disinfect your footwear.

From his New Zealand base, Rusty had been involved in the 2001 foot and mouth disease outbreak in the UK.

“I looked after a team in the UK and the stories the guys on the farm were telling me were horrendous. Communities pitted against each other, the impact of stress and anxiety on people losing their businesses and animals, and all that sort of stuff.

“There was a big hoo-ha here in New Zealand at the time and then we all went back to sleep, and for about 15 years the dairy industry has done little of any note in biosecurity.” 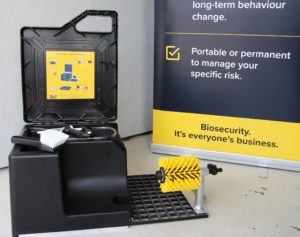 In addition, Rusty worked internationally for about 15 years visiting farms around the world and he saw what they were doing was quite different to what was happening in New Zealand.

“When we visited the big commercial farms, they were doing all things biosecurity, which is the restriction of movement and the management of pests, weeds, seeds and disease.

“In New Zealand, when farmers hear us talking about biosecurity they may think it’s just another compliance activity to worry about, but the reality is it’s about investing in the protection of their business and way of life.  Without realising it, farmers already do quite a bit of biosecurity-related activity but there’s a lot more they could be doing.

In 2016, Rusty’s job was buying calves for export. He would assess the calves and check they weren’t sick before they came on the truck to go to a calf rearer.

“The company gave us the basic fish bin with a five-litre pump sprayer and a brush. They said, ‘make us look good, clean your boots everywhere you go and make sure the farmer sees you’.

“So, we did that, but we were visiting up to 15 farms a day and everything got dirty. There was never anywhere to lean. You would look at your boots and think, ‘have I actually cleaned that? My back hurts’.”

He came home one night and said to Jacqui, ‘there must be a better way’. So the couple started looking to see if there was. They searched for weeks and found really expensive machines and cheap brushes but nothing in-between, and nothing purpose-built.

“So, we embarked on a project with local design engineers MW Design and two years later we got the Cube. About three quarters of the way through the process we also found the PE Boot Cleaner, which complements the Cube and is suitable for point of entry/exit on the farm.”

Rusty said the way footwear biosecurity should be practised is clean on, clean off, and these days no-one should be going onto a farmer’s property or into a sale yard with dirty boots.

“When you finish at a farm you should clean before you leave so that you leave any contaminants that you may have picked up on that farm. And when you arrive at the next farm you should disinfect visibly so that the farmer knows you’re not a risk before you’ve come onto their farm,” he said.

Jacqui said the farmer should determine what footwear cleaning protocols to have on their farm, but the point was to have them, and ensure they are followed by everyone visiting or working on the farm.

“And that’s where we are at as an industry and a country, because getting the behaviour to change is really important,” she said.

Jacqui said the New Zealand biosecurity strategy to 2025 was about 4.7 million New Zealanders being champions of biosecurity – everyone has a role to play.

“The industry message is clean and disinfect. You can’t simply just put disinfectant on dirty boots and think the job’s done, because when that dirt drops off the boot, you’re no longer disinfected in that area.

“One of the amazing opportunities we’ve had since launching at Fieldays has been the valuable conversations with industry, government and farmers.

“Farmers are really hungry to learn about biosecurity. At the moment everyone is in response mode because of M. Bovis, but it should be about response and readiness. They are as important as each other.”

Rusty said the Jacson Cube® took one and half minutes to set up and less than two minutes to use.

“The business is going well. It’s paying its own way. We’re even getting international interest.”

And having won the Innovation category in the New Zealand Biosecurity Awards this year they are definitely on track to go further – and PKF will be there right alongside them.