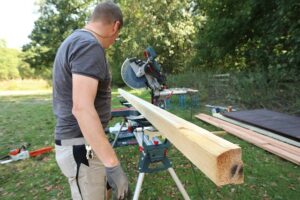 Classifying expenditure as either deductible repairs and maintenance (R&M) or non-deductible capital expenditure is not clear cut. It is a question of fact and no two situations are the same. But it is advantageous from a tax perspective to classify as much expenditure as possible as R&M, which gives rise to the risk of pushing ‘the line’ too far. There isn’t a rigid test to be applied, but the courts have identified a two-stage approach for determining the nature of the expenditure and whether it comprises R&M:

Repair and maintenance of assets can be achieved in several ways. For example, the asset may simply be patched up or it could be restored to “as new” condition or substantial parts of the asset may be replaced. If the expenditure results in the reconstruction, replacement or renewal of the asset it is likely to be capital expenditure. Whereas, expenditure incurred to repair or maintain the asset to its original condition is generally deductible in the year it is incurred. If the expenditure creates a substantially new or improved asset, then it is likely to be capital.

A recent Taxation Review Authority case (TRA 015/19 [2020]) is one such example and serves to highlight the risk of getting it wrong.

The taxpayer in the TRA case incurred $680k carrying out works at two adjacent properties. Of this, R&M deductions of over $408k were claimed. The expenditure related to alterations to a building used as a bar and restaurant. Two building consent applications reflected the floor area of the relevant building would increase from 250m2 to 592m2 and described the work as the addition of a covered veranda and extra toilets. A fire consultant’s report described the work as internal refurbishment and the creation of an external dining and recreation area that included the construction of trellis and PVC roofing. The taxpayer tried to argue the work comprised two separate projects that could be apportioned between R&M versus capital expenditure.

The TRA disagreed with the taxpayer and took the view it was one capital project to extend and modernise the building and could not be apportioned. The TRA also considered the question of whether the taxpayer was liable for a shortfall penalty, which are charged based on the circumstances and the severity of the actions by the taxpayer. The TRA commented: “…the position taken by the disputant lacked any particular merit.”

Accordingly, a shortfall penalty for ‘unacceptable interpretation’ was imposed, subject to a 50% reduction for good behaviour.

There are five categories of penalty that can apply to a ‘tax shortfall’ on a graduated scale, specifically:

In practice, some discretion is exercised by Inland Revenue when deciding whether a shortfall penalty is charged and what type. However, in cases like this where a taxpayer is pushing the line too far, a penalty is more likely than not.