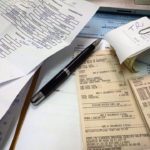 A recent Taxation Review Authority case (2018, NZTRA 9) serves as a reminder to clearly document any payments made to shareholders or associated companies, to ensure wages / dividends are distinguished from loan repayments so that the correct tax treatment is applied.

The taxpayer in the case was shareholder of a number of companies. He had filed ‘nil’ personal tax returns over a period of four years, on the basis that various payments received from the companies were non-taxable loan repayments. However, Inland Revenue (IRD) reassessed the taxpayer to treat the payments as taxable income, on the basis that they were wages, dividends, and/or income under ordinary concepts. A shortfall penalty for gross carelessness was also imposed.

IRD had considerable evidence supporting its position. For example, company bank statements described some of the payments as ‘wages’. The regularity of the payments, alongside the taxpayer’s own evidence that they personally carried out work for the companies, further suggested the amounts were wages. The bank statements also showed that the company had directly funded some of the taxpayer’s personal expenditure.

In challenging the IRD’s position, the taxpayer argued that the various payments by the companies were not wages or dividends but were in fact loan repayments, such that there is no tax liability. However, the onus of proof lies with the taxpayer to prove his position and the taxpayer had no documentary evidence that there was a loan between him and the companies. He was unable to prove that the amounts initially advanced to the companies were loan advances as opposed to share capital. There was no evidence in relation to the terms of the loans or the amounts outstanding during the tax years in dispute, and no corroborative documentary evidence to show that the amounts received from the companies were loan repayments. Hence, the TRA found in IRD’s favour and upheld the shortfall penalty for gross carelessness.

The case highlights the importance of maintaining good records, particularly in relation to transactions between companies and shareholders.

If a tax position is being adopted, the onus lies on the taxpayer to provide documentary evidence to support that position. Being unable to corroborate a subjective position can amount to gross carelessness and give rise to significant shortfall penalties.