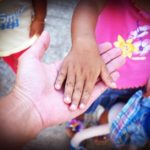 The Department of Internal Affairs (DIA) is currently leading a comprehensive review of the Charities Act. With more than 27,000 registered charities in New Zealand and annual total spending of more than $17 billion, the sector forms a significant part of our economy.

The current Charities Act was enacted in 2005, providing a governance structure for charities to promote public trust and confidence in the sector. The Act places annual reporting obligations on charities that register with Charites Services, along with access to charitable tax exemptions under the Income Tax Act.

The DIA, along with representatives of the charitable sector, together labelled informally as the Charities Working Group (CWG), are reviewing the purpose of the Charities Act, how registration decisions are made, businesses operated by charities, reporting obligations and more.

We know the TWG received numerous public submissions that the tax exemption for businesses operated by charitable entities provides an unfair tax advantage over commercial entities that are subject to income tax.

The TWG reported that the underlying issue is the extent to which charitable entities are accumulating surpluses within the trading business, rather than applying such surpluses for the benefit of their charitable activities. Despite the recognition of this concern, the TWG considered that this issue will be addressed by IRD, as the matter is already included on the ‘Tax Policy Work Programme’.

The TWG also recommended the DIA consider the introduction of periodic reviews of how charities utilise their tax savings for their intended social outcomes. How the DIA will now factor this into their Charities Act review remains to be seen.

A further key consideration of the CWG relates to charities operated by Maori organisations. Many Iwi groups use charitable structures with the purpose of improving the health and welfare of Maori communities across the country. These charities are often funded by corporate investment arms and businesses of the associated Iwi. Hence, the availability of the tax exemption to these investment entities will likely be of concern to Iwi groups.

Given the important work that is carried out by NZ’s charitable organisations it is important that the legislated framework, within which they operate allows them to operate as efficiently and effectively as possible. It will be interesting to see how this develops.