Is a Trust Beneficiary also a Settlor? 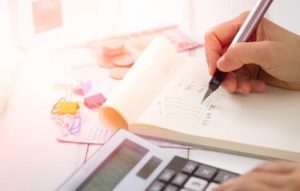 Family Trusts are used widely in New Zealand; often being viewed as beneficial for asset protection and to keep assets in the family for future generations. A reason for their popularity has been the relative simplicity of the legal and tax regime. However, the rules are evolving. In addition to the widely publicised re-write of the Trust Act, Inland Revenue (IRD) has issued a recent clarification in relation to whom is classified as ‘settlor’ of a Trust. The settlor is generally the individual that transfers assets into the trust. At face value, identifying the settlor is an easy task, as they are often named on the trust deed. However, confusion can creep in when other individuals inadvertently transfer value to a trust.

Section HC 27 Income Tax Act 2007 states that a settlor is a person who “transfers value to the trust, for the benefit of the trust, or on terms of the trust”. This definition has long been the source of debate when applied to a relatively common scenario. Trustees commonly declare distributions to a beneficiary, but the beneficiary does not draw the cash out thereby giving rise to an interest free loan to the trust. Is this sufficient to be a ‘transfer of value’ that deems the beneficiary to also be a settlor of the trust?

IRD have recently provided definitive clarification on the matter. A legislative amendment to HC 27 has been made and a ‘Commissioner’s Operational Position’ has been issued. A beneficiary will not become settlor if either:

Hence, if a beneficiary leaves over $25,000 ‘on call’ in the trust, and does not receive sufficient interest, they will become a ‘settlor’. This new rule becomes effective from 1 April 2020, and does not have retrospective effect.

Why does this matter? A person becoming settlor of a trust can have an array of unintended tax consequences. For example, two trusts are ‘associated’ where they have common settlors. This has wide tax implications if one trust deals or develops land, then the ‘other’ trust could inadvertently become subject to tax on the sale of its land.

Furthermore, the tax position of a trust is based on the tax residency of the settlor. If a deemed settlor becomes non-resident for tax purposes, this could unintentionally result in the trust being deemed a foreign trust, bringing an array of tax complexity and additional compliance obligations. For the individual themselves, there can be consequences for their social security status, student loans etc.

Hence, trustees and beneficiaries alike need to pay heed to these new rules to avoid pitfalls.