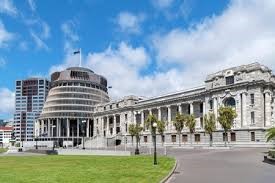 After Labour’s victory in the 2020 General Election, their proposed tax policy changes are now likely to be implemented.

Labour has ruled out a capital gains tax and an increase in fuel taxes but is prepared to introduce a Digital Services Tax to target multinational digital businesses who have taken advantage of tax structuring options. Labour’s historical coalition partner, the Green Party, have notably been campaigning for a wealth tax, which Labour has repeatedly ruled out. Given that Labour has won enough seats to govern alone, the possibility of a wealth tax seems unlikely.

Labour’s election campaign promised no income tax changes for 98% of New Zealanders, however a new top marginal income tax rate of 39% for individuals earning over $180,000 will be implemented – expecting to raise $550 million of revenue a year.

For some of us this provides a sense of déjà vu, as we remember when we previously had a 39% tax rate from the 2001 to 2009 financial years. We saw disputes in the courts regarding the requirement to pay fair market salaries, legislation requiring income to be attributed to individuals and various policy statements from Inland Revenue.

As differences in tax rates widen, it impacts behaviour by incentivising tax planning to minimise application of top tax rates. Currently, there is little difference between the top income tax rates, 33% for trusts and individuals and 28% for companies.

It also leads to further inequity within the tax system because it is typically employees who are unable to alter how they are taxed, whilst business owners have greater flexibility to alter how their income is taxed.

For example, a distribution of accumulated income from a trust that has already been taxed at 33% may be distributed tax-free to a beneficiary who has a marginal tax rate of 39%. Individuals with investment income may also be further incentivised to invest in Portfolio Investment Entities instead of shares, where the top tax rate is capped at 28%. Conversations are likely occurring right now regarding whether shares in companies should be moved from personal ownership into trusts – and whether this is tax avoidance?

Companies will also face further costs with a 39% tax rate. Companies that currently pay fully imputed dividends at 28% are also required to withhold tax at 5% in order to reach the 33% marginal income tax rate. This withholding tax liability is likely to increase to 11%, which may place constraints on company cash flow or prevent dividends from being paid altogether. This will place further pressure on tax administration to keep accurate, up-to-date records as individuals on lower marginal tax rates may be entitled to tax refunds comprising the additional tax withheld.

Ultimately, this policy provides an opportunity for individuals to explore their different options to ensure efficient tax planning. However, utmost care should be taken when restructuring one’s affairs, in order to avoid undesirable consequences such as the breach of shareholder continuity resulting in the loss of imputation credits or tax losses, or potentially undertaking a tax avoidance arrangement.