You Versus Your Trust 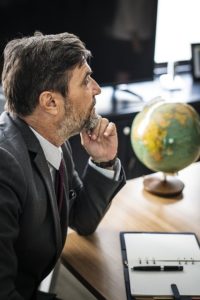 It is common from a layman’s perspective to not appreciate the relevance of treating separate legal entities as separate. Where expenditure is incurred to derive income, it is typically deductible for income tax purposes to the person that derived the income. Documentary evidence should be held that reflects this connection to ensure the expenditure comprises an allowable deduction. The High Court recently considered this issue in the decision of Wong v Commissioner of Inland Revenue (2018).

In Wong v CIR, the taxpayer was an accountant by profession. He derived income from a consultancy business and two rental properties. He was also trustee of his family trust that derived rental income from a third property. Mr Wong financed both the consultancy business and rental properties through a number of loans and credit facilities in his personal name.

Despite reminders from Inland Revenue (IRD), Mr Wong failed to file personal income tax returns for the 2013 and 2014 tax years and IRD raised default assessments for those years of $84,273.10 and $39,549.65, including penalties.

Mr Wong disputed the assessments, contending that the correct tax position was $951 in 2013 and nil in 2014, on the basis that interest deductions were available in respect of all three rental properties. IRD argued that interest was only deductible in respect of the two properties owned personally. However, the interest incurred for the trust property could not be deducted against his personal income as it had been incurred by the Trust, as owner of the property. To successfully challenge IRD’s assessments in the courts, the onus of proof rests with the taxpayer to show how, and by how much, the IRD’s assessments are wrong. With respect to the interest incurred in relation to the trust property, the TRA found in favour of IRD, emphasising that Mr Wong had failed to prove the outstanding debt and interest was paid in relation to properties owned by him personally.

The taxpayer appealed to the High Court, who found the TRA’s decision correct in all respects.

From a commercial perspective, it can make sense to stand back and look at a group of entities as though they are a single person, especially when they are economically owned by a single person, however, IRD and the Courts do not take the same approach.