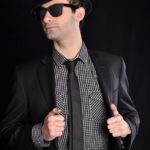 Wanting a job that is flexible? Well a tax informant may be the job for you! An increasing number of countries operate reward or bounty systems where informants receive payments for assisting revenue authorities.

The USA initiated a ‘tax bounty’ program in 2006, with a Whistleblowers Office established by the US Inland Revenue Service (IRS). This program has seen the IRS collect billions in additional tax revenue over its lifetime, with one famous case resulting in an award to the Whistleblower in excess of US$100 million. The regime has been codified in the US Internal Revenue Code, with informants receiving between 15% to 30% of the additional tax revenue collected in some instances.

The system is not limited to the USA. Singapore offers a 15% reward on tax recovered, capped at S$100,000, whilst Canada offers 5-15% of the additional tax collected (above a de minimis C$100,000). The Canadian scheme extends to “any individual, no matter where they are in the world”, leading to concern that the programme will turn Canada into a ‘gold mine for tax snoops’. The UK does not have a formal tax bounty regime, however, the public are encouraged to report suspected tax dodgers to its tax evasion hotline, and HMRC have been known to offer informants a reward in some instances where additional tax revenue has been received.

Although New Zealand does not have a tax bounty regime at present, it may be worth Inland Revenue’s consideration. But this could lead to further tax issues – is the reward income of the informant???