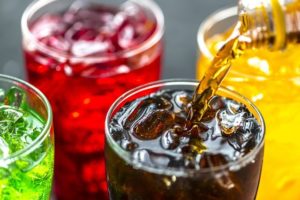 With obesity becoming an ever increasing problem in New Zealand, there is regular debate regarding the effectiveness of a sugar tax to curb the problem. There is a lack of consensus on whether such a tax may be beneficial, yet sugar taxes are nothing new.

100 years ago in 1919, with the First World War nearing conclusion, politicians in the United States decided that taxing ice-cream sodas, sundaes, juices, lemonades and other sugary drinks would offset the tax revenue lost from alcohol sales once the nationwide prohibition came into effect.

However, one year after introduction of the sugar tax, following the conclusion of the war, the tax was scrapped. The USA still faced record levels of war debt, yet the soda tax was so unpopular with the American people that it wasn’t a viable option.

Although the 1919 soda tax did not have health objectives in mind, it is reasonable to conclude that soda was not something the American people wanted their politicians messing with.

After 100 years, the situation in New Zealand is only getting worse with 32% of adults considered obese, what are our options? During the First World War, rationing was a way to ensure people got what they “needed”…