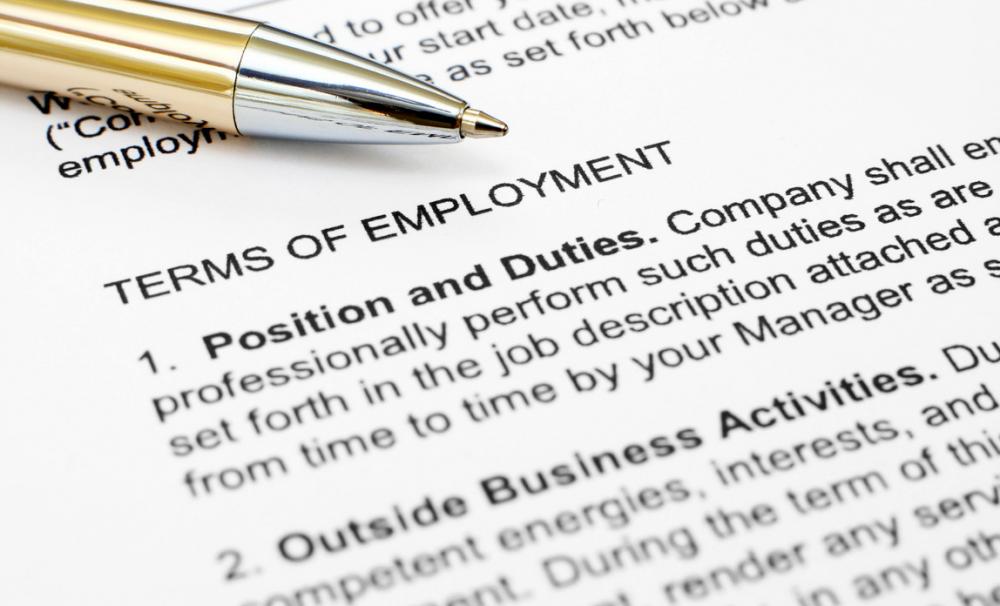 The Government formed a Fair Pay Agreement Working Group to provide recommendations on the design of a sector-level bargaining system, in order to establish minimum terms and conditions for all workers in an industry or occupation.

The full report is quite a bit to get your head around so here’s a cheat sheet written by the Waikato Chamber of Commerce chief executive Chris Simpson. He’s reduced it from 58 pages into key points that you need to know.

Basically, it’s an agreements system that helps drive productivity by having sectors collaborate across their industry to raise incomes by focussing on being more productive.

The aspiration is to match and push for better training/learning/skills, to match the new economy! And to rid bad employers out of the system – focus on quality, not lowest cost.

Introducing FPAs are useful in sectors where particular issues with competitive outcomes are identified, for example, where competition is based on ever-decreasing labour costs rather than on increasing quality or productivity.

It would gain traction if:

• it is connected to the fundamentals of the employment relationship: the exchange of labour and incentives to invest in workplace productivity-enhancing measures such as skills and technology.

It is part of an employment relations framework that creates a level playing field where good employers are not disadvantaged by paying reasonable, industry-standard wages.

A FPA system will allow for collective agreements which bind a sector or occupation. These will build on, rather than replace, existing minimum standards. Minimum standards will continue to operate as a ‘floor’, and terms in a FPA agreement may match or improve on those standards.

New Zealand’s productivity growth over recent decades is poor. Since 1970, our GDP per hour worked has declined significantly relative to the average across the high-income countries in the (OECD) by 30 per cent under it.

NZ has a relatively high mismatch between the skills in our workforce and the jobs people do, compared to the OECD average. This mismatch may affect productivity, as it may make it difficult for firms to successfully adopt new ideas or technology. Addressing this skills mismatch will be a major challenge for New Zealand’s skills system as our labour market – and the skills in demand – change in the future.

1. In general, international research has tended to find a strong link between productivity and both wage growth and wage levels. However, while productivity growth appears to be necessary for wage growth, it is not in itself enough. There is also a body of research in
labour economics, however, that supports the ‘efficiency wage’ hypothesis.

These researchers argue higher wages can increase the productivity of workers (and profits of the firm) through various means, such as reducing costs associated with turnover or providing employees with incentives to work.

2. The difference in wages found by the OECD may also signal higher productivity in companies with enterprise level bargaining than those in a context with a high degree of coverage of centralised bargaining. A firm offering its workers greater rewards for productivity could induce higher engagement and effort and therefore productivity among its workers.

3. Parties may also save in transaction costs by working together on collective bargaining. They can access the expertise of other players in their sector and other scale benefits (for example, arranging for investment in skills or technology for the benefit of the sector).

4. There may be a case for limited flexibility for exemptions from FPAs in some circumstances. The Group noted lifting standards may force some employers out of the industry if they can neither absorb costs nor raise prices and remain competitive in the market.

1. Currently the proposal as drafted is to make it compulsory across industries if more than 10% of an industry workforce wants this agreement to work. At this stage it doesn’t allow for employers to opt in/opt out.

2. The OECD has warned against assuming the form of collective bargaining systems matches perfectly to economic and social outcomes. Need to look at wider aspects such as changes to the tax and welfare systems, and the quality and sophistication of social dialogue.

3. Raising wage floors may make capital investments relatively more attractive for firms; that is, jobs are replaced by robots.

• unreasonable price rises for some goods and services if increased labour costs are not offset by productivity gains and profit margins are held at existing levels.

5. Possible job losses, particularly in industries exposed to international competition which are unable to pass on higher labour costs to consumers of those goods and services.

How it should/could work

The FPA collective bargaining process should be initiated by only workers and their union representatives.

There should be two circumstances where a FPA collective bargaining process may be initiated:

1. Where there is benefit in bargaining a FPA. On the one hand there may be an opportunity for employers and workers to improve productivity and wage growth in their sector or occupation through the dialogue and enforceable commitments FPA collective bargaining provides.

2. Where there may be harmful labour market conditions in that sector or occupation which can be addressed through employer-worker collective bargaining. This would enable them to reach a shared and enforceable FPA that sets wages and terms and conditions across the sector or occupation, to tackle those harmful conditions and to set a level playing field where good employers are not disadvantaged by paying reasonable industry-standard wages.

1. Singapore’s experience:
Singapore’s Progressive Wage Model Singapore has similar levels of collective bargaining and union density to New Zealand. The legal framework does not provide for a statutory minimum wage.

Singapore undertakes sector level bargaining in specific sectors in the form of the Progressive Wage Model (PWM) introduced in 2015.
The PWM is a productivity-based wage progression pathway that helps to increase wages of workers through upgrading skills and improving productivity. It is mandatory for workers in the cleaning, security and landscape sectors which are mostly outsourced services.

In developing the conditions for this test, Government should consider including some or all of the following:

• high fragmentation and contracting out rates

• occupations where a high proportion of workers suffer ‘unjust’ conditions and have poor information about their rights or low ability to bargain for better conditions, and

• occupations with a high potential for disruption by automation.

3. If employees or public interest trigger is pulled what are the conditions?
An independent body to determine the initiation conditions have been met before the bargaining process commences:

• Under the representativeness trigger, where the number of workers requesting the process is lower than 1000, the body would determine the baseline number of workers in the nominated sector or occupation and confirm the threshold of 10% has been met.

• Under the public interest trigger, the body would determine the claim that the harmful conditions are evidenced and invite comment from affected parties within a set time period. There should be time limits set for the body to complete the determination process to provide certainty for all parties on whether the bargaining process may proceed.

Full recommendations of the report

1. There is no international model for collective bargaining that can be applied to New Zealand, without being adapted to suit our social and economic context.
2. A FPA system cannot be designed from a blank sheet.
3. This system is intended to complement, not replace, the existing employment relations and standards system. Where possible a FPA system should be designed to build on and adapt existing provisions to minimise cost and complexity.
4. New Zealand could benefit from stronger employer-worker dialogue.
5. FPAs could be most useful in sectors or occupations where particular issues with competitive outcomes are identified.
6. They could also be useful more generally where workers and employers identify scope to improve outcomes across a sector or occupation.
7. Apart from the matter of the compulsory nature of the system, on which there was not agreement, the Group agreed that if the Government decided to introduce this system, then this was the best way to design it.
8. FPAs are most likely to gain real traction where they are focussed on problems which are broadly based in the sector.
9. Training and skills provisions should be a key feature of collective agreements.
10. The Government should seek advice on the compatibility of the proposed system with New Zealand’s international obligations.
11. A FPA bargaining process should be initiated by only workers and their union representatives.
12. There should be two circumstances where a FPA collective bargaining process may be initiated: a. Representativeness trigger – in any sector or occupation, workers should be able to initiate a FPA bargaining process if they can meet a minimum threshold of 1000 or 10 per cent of workers in the nominated sector or occupation, whichever is lower. b. Public interest trigger – where the representativeness threshold is not met, a FPA may still be initiated where there are harmful labour market conditions in the nominated sector or occupation.
13. The representativeness threshold should cover both union and non-union workers.
14. The conditions to be met under the public interest trigger should be set in legislation.
15. An independent body will be needed to determine whether the trigger conditions are met.
16. The Government will need to consider how to assess and mitigate potential negative effects, including to competition.
17. The occupation or sector to be covered by an agreement should be defined and negotiated by the parties.
18. It is important for agreements to cover all workers – not just employees – to avoid perverse incentives to define work outside of employment regulation.
19. All employers in the defined sector or occupation should, as a default, be covered by the agreement.
20. There may be a case for limited flexibility for exemptions from the agreement in some circumstances.
21. The legislation should set the minimum content that must be included in the agreement.
22. Parties should be able to bargain on additional terms to be included in the agreement.
23. Any enterprise-level collective agreement must equal or exceed the terms of the relevant FPA.
24. Bargaining parties should nominate a representative organisation to bargain on their behalf.
25. There should be a role for the national representative bodies to coordinate bargaining representatives.
26. Parties should be encouraged to coordinate.
27. Representative bodies must represent non-members in good faith.
28. Workers should be allowed to attend paid meetings to elect and instruct their representatives.
29. Costs should not fall disproportionately on the groups directly involved in bargaining.
30. Clear timelines will be needed to prevent lengthy processes creating excessive uncertainty or cost.
31. Notification of parties will be a critical element of the process.
32. Bargaining should be supported through facilitation. Dispute resolution during bargaining.
33. The Government has stated there will be no recourse to industrial action during bargaining.
34. After initiation, disputes over coverage may be determined by the Employment Relations Authority.
35. When disputes arise during bargaining, parties should go to mediation in the first instance.
36. Where a dispute cannot be resolved through mediation, parties should be able to apply to have the matter determined.
37. Parties should only be able to challenge the determination on limited procedural grounds, with rights of appeal.
38. Once in force, any dispute over the terms of a FPA should use the standard dispute resolution process.
39. Where parties reach agreement, conclusion should require ratification by a simple majority of both employers and workers.
40. Where bargaining is referred to determination of the terms of the agreement, the final agreement should not need ratification.
41. The procedure for ratification must be set in law.
42. Registration of agreements should be required by law, and agreements should be publicly available.
43. Before an agreement expires, either party should be able to initiate a renewal of the agreement, or for variation of some or all terms.
44. The Employment Relations Act 2000 approach to enforcement should be applied. Support to make the bargaining process work well.
45. Support to build capability and capacity of the parties and to facilitate the process will be needed.
46. Resourcing levels for support services will need to be considered.

The full report can be read here:  https://www.mbie.govt.nz/assets/695e21c9c3/working-group-report.pdf