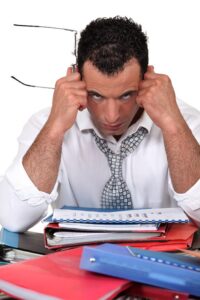 Company directors have a duty under the Companies Act 1993 to not trade recklessly or take on obligations that their business cannot perform. Balancing the continued survival of a company versus their obligation against reckless trading has been a key feature of the Covid-19 economic environment.

Recognising that the economic impact of Covid-19 placed some companies in temporary financial distress as they adjusted to their new trading environment, amendments were made to the Companies Act 1993 for the benefit of directors. The amendments provided safeguards for company directors enabling them to take a longer term view of a company’s ability to trade. However, those safeguards ceased from 30 September 2020, so directors need to revert to the more stringent approach required prior to the amendment.

In a timely reminder of directors’ duties, the recent Supreme Court decision Madsen-Ries v Cooper [2020] illustrates when the actions of directors will be in breach of their duties.

Mr Cooper was the sole director of Debut Homes Ltd (Debut) a residential property developer. In 2012 Debut owed Inland Revenue more than $300k of GST, amongst other creditors. Mr Cooper was advised by his accountant that these debts were insurmountable. However, with 6 properties under development, Mr Cooper persisted in expectation of the profit from their sale. Additional finance from third parties, guaranteed personally by Mr Cooper, and a loan from his family trust, were used to complete the properties and pay secured creditors. However, no GST was paid to Inland Revenue on the sale of the 6 properties, adding to the GST liability already outstanding.

Finally, in March 2014, Debut was placed in liquidation by Inland Revenue with a GST liability exceeding 500k (including interest and penalties). The High Court held that Mr Cooper breached his duties under the Act by continuing to trade in a manner that benefited some creditors but was detrimental to others.

In September 2020 the Supreme Court restored the High Court’s orders and allowed the appeal by the liquidators. The actions of Mr Cooper amounted to reckless trading and a breach of a director’s duty to not enter obligations on behalf of the company where there was no intention or ability for the company to meet those obligations. Mr Cooper will likely be personally liable for some or all debts of the company and potentially barred from being a director.

Perseverance has been key to survival for many businesses during COVID-19. However, continuing to trade with the belief that a business will be profitable, while ignoring the reality of the balance sheet risks directors breaching their professional duties.