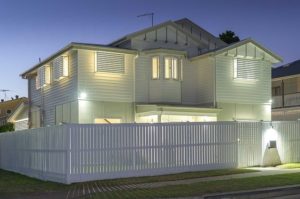 The recent High Court decision of Burke v Commissioner of Inland Revenue (2019) is a timely reminder that understanding the legal form of a transaction is important for applying the correct GST treatment.

Mr Burke was a GST registered, self-employed contractor, who renovated houses and buildings. In mid-2006, Mr Burke entered into a venture with Citywide Capital Limited (CCL). CCL gave Mr Burke a loan to fund the purchase and development of two properties.

The loan agreement had a number of terms. Mr Burke was responsible for paying any suppliers and sub-contractors directly. He was required to use CCL’s accountant to process his GST returns, with any GST refunds to be collected by CCL as partial repayment of any outstanding loan.

Cashflow constraints meant Mr Burke was required to drawdown additional loan capital from CCL throughout the project, in order to pay suppliers. Under the loan arrangement, CCL paid suppliers directly, however the legal form of the arrangement between Mr Burke and CCL was an increase to the existing loan. At the time, CCL’s accountant submitted Mr Burke’s GST returns claiming GST on the payments made to suppliers.

In August 2007, the first property sold, and Mr Burke made a loan repayment of approximately $500,000 to CCL. During an IRD review commenced in 2015, the Commissioner discovered that GST had not been returned on the sale of the property in 2007, however it had been in a later GST return, filed on 11 March 2016. Furthermore, in the same GST return Mr Burke claimed GST on part of the repayment to CCL, equivalent to the additional amount he borrowed to cover supplier costs.

Mr Burke asserted that he was entitled to claim input GST on this amount, given it was in respect of payments to suppliers.

The Taxation Review Authority (TRA) concluded that input GST could not be claimed, as the repayment of these costs to CCL was simply a loan repayment, and not in exchange for a supply of any good or service as defined in the Goods and Services Tax Act 1985. Mr Burke appealed to the High Court, but unfortunately for him, the High Court agreed with the TRA.

This decision emphasises the importance of understanding the true legal nature of payments. GST is deducted on goods and services that are acquired for use in making taxable supplies.

The inability to connect the loan repayment to CCL, to the acquisition of goods and services used in the development should have led him to the conclusion that GST could not be claimed