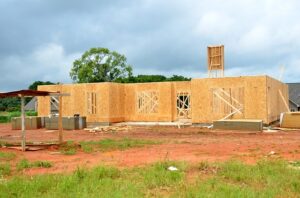 A long-standing rule that has proved a source of frustration for those affected applies to transfers of goods between associated persons. The issue is highlighted in the following example. Joe buys a block of land on the edge of town from a third party. Neither the vendor, nor Joe, are GST registered, i.e. GST does not apply. Joe holds the land for a number of years and due to urban expansion, the opportunity arises to subdivide the block into 6 lots for sale. Joe incorporates a company to complete the subdivision and sells the land to the company.

Because of the work required to complete the subdivision, it comprises a ‘taxable activity’ and GST applies to the sale of the 6 sections. However, under current rules, the company is not entitled to a GST deduction on the purchase of the land, i.e. GST is paid on the sale, but can’t be claimed on the purchase. The problem arises because Joe’s GST deduction is limited to the amount of GST he originally incurred, which in this case was zero as GST did not apply to that transaction.

Officials now consider it appropriate for Joe to be entitled to a GST deduction. It is proposed that Joe should be entitled to a deduction based on 3/23rds of the price paid for the land. Arguably, the GST deduction should be based on the land’s market value. By restricting it to ‘cost’, GST is effectively being levied on the increase in the value of the land when it was held ‘privately’ by Joe. Changes are also proposed to the apportionment and adjustment rules that apply when goods and services are used for both taxable and non-taxable purposes. With the increased popularity of Airbnb, these rules have increasing application. Broadly, the current rules require a person to make periodic GST adjustments for any difference in the intended taxable use of an asset and the actual taxable use. One of the issues contained within the Issues Paper is what happens when the asset is sold or deemed to be sold.

For example, if a bach, sold by a GST registered vendor, has been used 30% for Airbnb, GST is paid on the full value of the sale, but an offsetting GST deduction is allowed based on the 70% proportion of private use, i.e. GST is paid on 30% of the sale proceeds. In isolation, this would arrive at a logical outcome. However, the offsetting deduction is limited to the amount of any unclaimed GST from the original purchase. This means that for an appreciating asset, GST becomes payable on the full capital gain since acquisition, with no offsetting GST claim.

Within the issues paper it is acknowledged that the cap on the ‘wash-up’ deduction gives rise to “over taxation”. The suggested solution is to remove the cap (for non-property developers). This would ensure GST is paid in-line with the extent the property has been used to make taxable supplies (30% in the above example). However, this would be calculated on the capital gain since acquisition, which could include when the property was not used to derive income.

Changes to make the rules fair are welcomed, the question becomes whether they will go far enough.